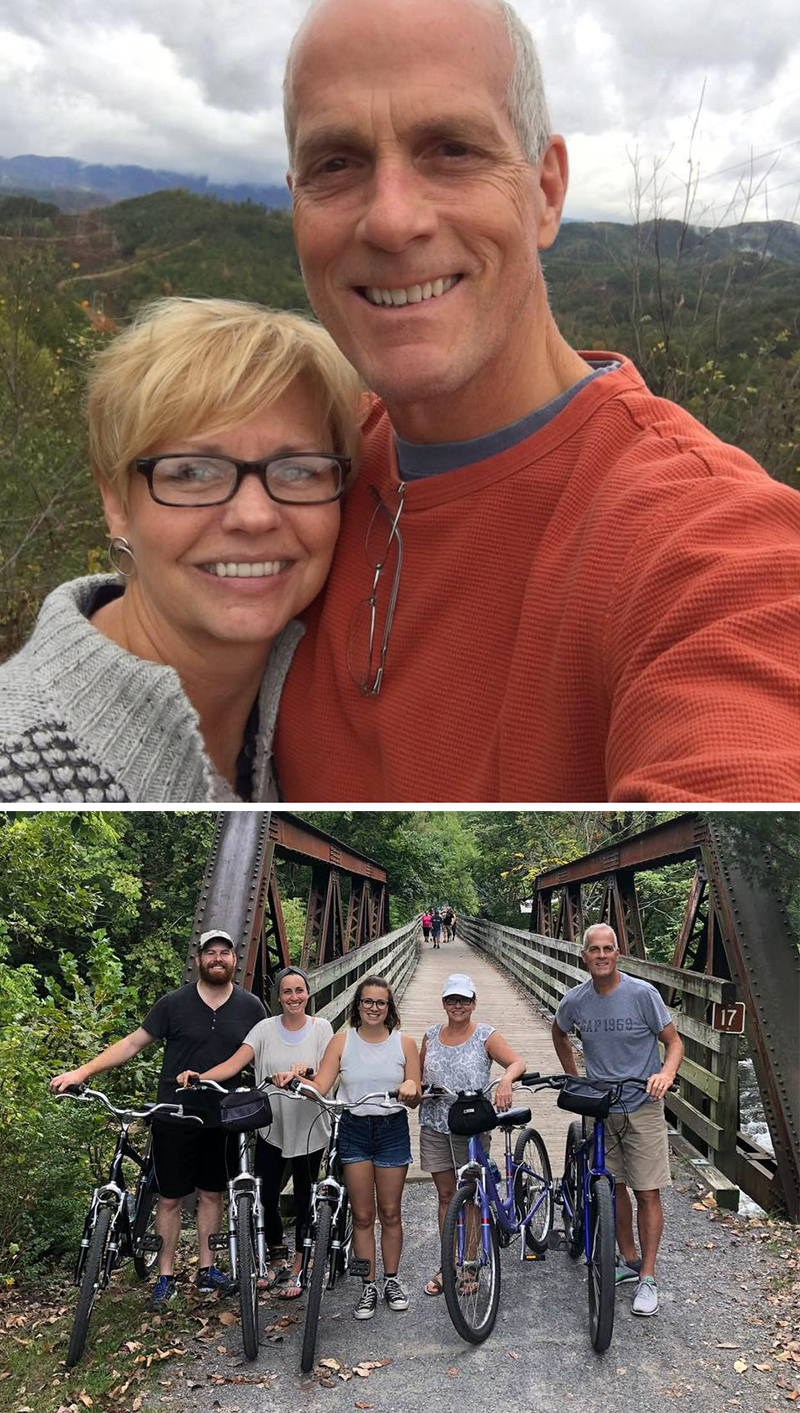 Mark grew up on the Jersey shore where his dad worked as a utility lineman for “Ma” Bell, and his mom was a secretary for the Board of Education where absolutely nothing happened in school that somehow didn’t get back to her. His four brothers taught him to be a strong scrappy fighter. Mark and Terri both came to know Christ as children. Terri was raised in Indonesia where her parents were missionaries, and it was in those early years alongside nationals that she developed a passion for cooking, baking, and everything food related. Mark and Terri met when Mark was earning his Masters of Divinity at seminary, and Terri was earning a degree in Early Childhood Education. Initially, they were just great friends. Yet, a couple years after graduation they were reunited. They married in 1989 in Connecticut where Mark was working as a youth pastor. In 1990 they moved to Charlotte, North Carolina, to begin a new role in Student Ministry.

While in Charlotte, Mark had the privilege of growing in responsibility and leadership as the church grew.  Mark was ordained with The Evangelical Free Church as he continued to oversee youth ministry. He became an Associate Pastor and ultimately their Executive Pastor.

During those years in Charlotte, Terri continued to invest deeply alongside Mark in the work they were called to, while also becoming a mother first to Emily and fourteen months later to Megan. Their now adult children live in Chattanooga where Emily is a third grade teacher, and Megan works with a nonprofit agency in anti-human trafficking. Megan married Wesley, and they are all glad to have an additional guy around the table for holidays!

Mark and Terri joined Two Rivers Church in 2012 serving as the Executive Pastor alongside Brad and Beth. They have been undone by the kindness of God as He has cared for them in the midst of serving here at the church.

Mark and Terri are excited to say, “Yes,” to Jesus with the opportunity to step into this new role at Two Rivers Church. They knew before they arrived in 2012 that God called them here for a “transition,” but had little clue exactly what that meant. It is only becoming clear now, seven years later, and they believe this is only the front end of what God desires to do through a church who continues to be committed to the authority of His Word and empowered by His Spirit as we seek to reach the world with the good news of Jesus.